In my first blog about my time in Nicaragua, I talked about my experiences in this collectivist society and the adjustments I had to make to surrender my way of “being” that was quite different from the beautiful people I had the privilege of living with for 3 weeks.  In this narrative I want to briefly discuss six cultural lenses that I learned about.  These lenses would serve to inform what I experienced and how my life was impacted by the intersections of the everyday lives and my established schema I brought along. 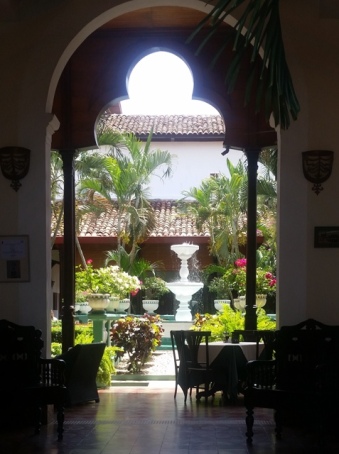 The six cultural lenses are relationship (Who are we?  collectivism vs. Individualism), authority (Who’s in charge? fluid and formal role), time (When do we begin? temporal/layered reality shifts), context (Where are we? low vs. high context, I may not understand how to get what I need), action (What drives us? doing vs being), and worldview (What does it all mean? embrace of their reality in totality; thinking of wealth in a different way not materially).

In thinking of how I experienced these lenses I previous spoke (previous blog) about my transparency in adapting to life in Nicaragua, establishing and building of relationships, and understanding who is in authority. The expected outcomes from what I would actually get done became open to interpretation and changed almost daily.  Change occurs albeit slowly but that’s according to my own way of being. I dare not presume to understand the intricacies of their history, systems, goals, or even the social and interpersonal processes that inform the decisions and choices they make.

BB and youth at the Center

One of the things that became apparent was the huge gap between their worldview compared to that of the United States.  In this capitalistic society, the primary goal is pursuing, obtaining, and sustaining wealth.  Nicaraguans work to obtain material goods too; however, I observed a stronger sense of wealth as seen in their love of who they are as a people.  Even as an incurable romantic I witnessed the enduring embrace of their culture; it is their lifeblood.  Of course the ugliness of crime and similar vices is rampant; I remembering thinking they have the same issues with rush hour traffic that we have!  However, their love for themselves as a people is more than evident. It is how they live. I recall visiting nearby schools where I saw 5-year olds in their native costumes performing traditional folk dances.  Have they become knowledgeable and adopted interest in American customs (e.g., sports, rappers, celebrities, etc.)? Yes, but doing so while keeping intact the love of their culture intact.

In my next blog I will elaborate on a few examples of how I stumbled blindly in my worldview of the bereavement customs.  Until then, tranquila y paciente por favor.

Reflect upon your present blessings

Wisconsin's blog for the arts, culture, humanities and history, sponsored by the state Cultural Coalition.